On average, 72% of online searches for jobs in Uganda are conducted using a mobile phone; however, users searching for “S.6 vacationist jobs” used mobile devices a whopping 96% of the time according to the BrighterMonday Uganda 2022 Jobs Search Report.

The search for “aptitude tests” was x3.5 more than “how to write a CV” but the latter’s impressions grew by an astonishing 313% year on year.

The search for “driver or driving related jobs” was the single most searched job category drawing over 103,000 impressions on Google Search Console. This was a +298% increase from last year over the same period. (01 January – 15 December)

This astonishing growth coincides with the full reopening of the economy along with it, the education sector which underwent several years of staggered opening and closure during the COVID-19 pandemic.

The demand for remote work opportunities remains a constant fixture, after more than two years of a pandemic induced trend that has become vital for employers who seek to attract, retain and motivate their talent in the long term.

The “jobs in Kampala” query was the most dominant location-based job search term with 89% of all location based searches mentioning the capital city. Jinja and Gulu were second and third most popular locations respectively.

In terms of companies searched the most for jobs, the Uganda Bureau of Statistics (UBOS) was the top search term followed by Uganda Airlines and the Uganda Wildlife Authority respectively among the top three companies.

Unsurprisingly, the majority of users turned to Google as the platform on which to search for jobs followed by O4 UG Jobs and BrighterMonday Uganda among the platforms that garnered the most impressions.

These insights were compiled by BrighterMonday Uganda from a sample of over 1.7 million impressions (views) recorded by Google Search Console for the most popular search terms, keywords and queries between 01 January and 15 December this year compared to the same period last year. 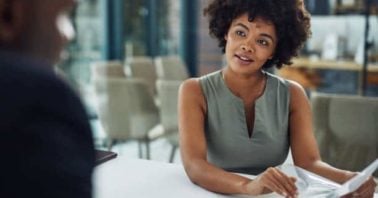